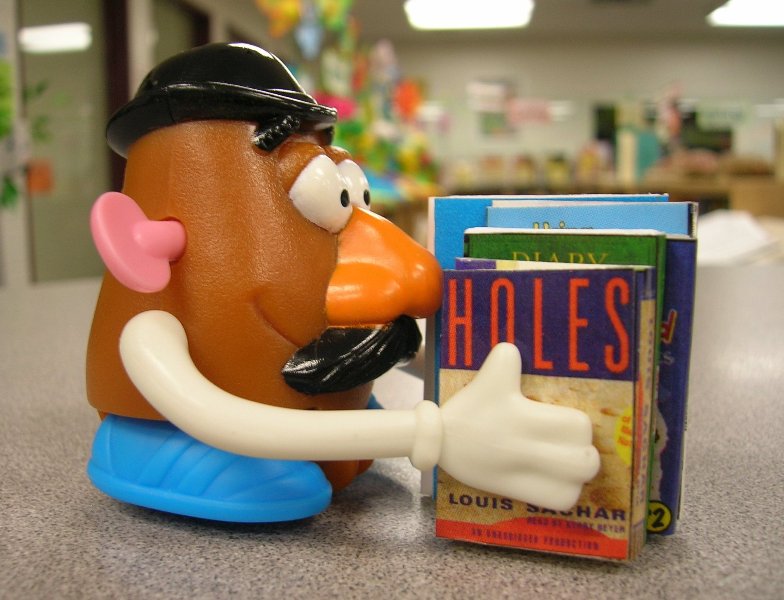 The interesting new Jisc #codesign16 consultation encompassing the next generation of digital learning environments popped into my feed this morning.

@MrSimonWood are you going to blog about it?

I didn’t think I had anything to add to the best piece on VLEs I’ve ever read – David Wiley’s (@opencontent) Mr Potato Head vision – which crystallised something I’d been thinking about since being involved in the ceLTIc II project. Read it. It’s a great post.

But I think maybe I do have one small half-baked thought that makes a relevant link.

The VLE vendors have been stuffing more and more tools in there (each one of them just about “good enough”). Maybe to create a swiss army knife, or perhaps as yet another “sweetener” to encourage institutions to pick their product. But we can’t blame them; it works – the institutions buy it.

Not students. Not teachers. Institutions.

In Wiley’s “nothing left to take away” version, what we’re left with is something only the institution can do. Authentication, exchanging student – and course – information. That’s not to say these are the only aspects the institutions are the best placed to provide… There will be more to add through LTI (learning tools interoperability). Analytics, the quiz engine, the grade centre. That’s appropriately institutionally owned stuff too.

But when the VLE parks its tanks on the lawns of the spaces that are used for reflection, collaboration, and networking; all of this is institutionally owned by default. Streamlining administration is the selling point, but none of the benefits of a domain of one’s own can be realised. During their studies, students may be putting years of work onto an institutional platform. But at most, on departure, all they can do is dump an export of the content. What about the networks they have built up, and the conversations they have had, over the years? Leaving all this behind upon graduating, just when it might be most useful, is crazy!

VLE app stores would lock in not just their own platform, but this institutional model of owning everything.

However, if we accept the Potato-Head vision, the next generation of digital learning environments could to be ready to interoperate not just with other best-in-class institutional owned tools and services, but with the indieweb beyond. Within the broader ecosystem around the VLE, institutions could incorporate platforms like Known which support micropublishing and web-mentions, allowing students the choice to transition from an insitutional to a personal platform during their studies. Scaffolding the development of crucial digital literacies. Own your own data. Choose your own approach. Build for the long web.

So there’s another reason to end VLE-creep.

We need the next generation of learning systems to be ascetic, altruistic and nurturing.

Image: Mr. Potato Head Has His Nose in a Book by Enoksonlicensed under CC BY 2.0

4 thoughts on “Taking Back Ownership from the VLE”