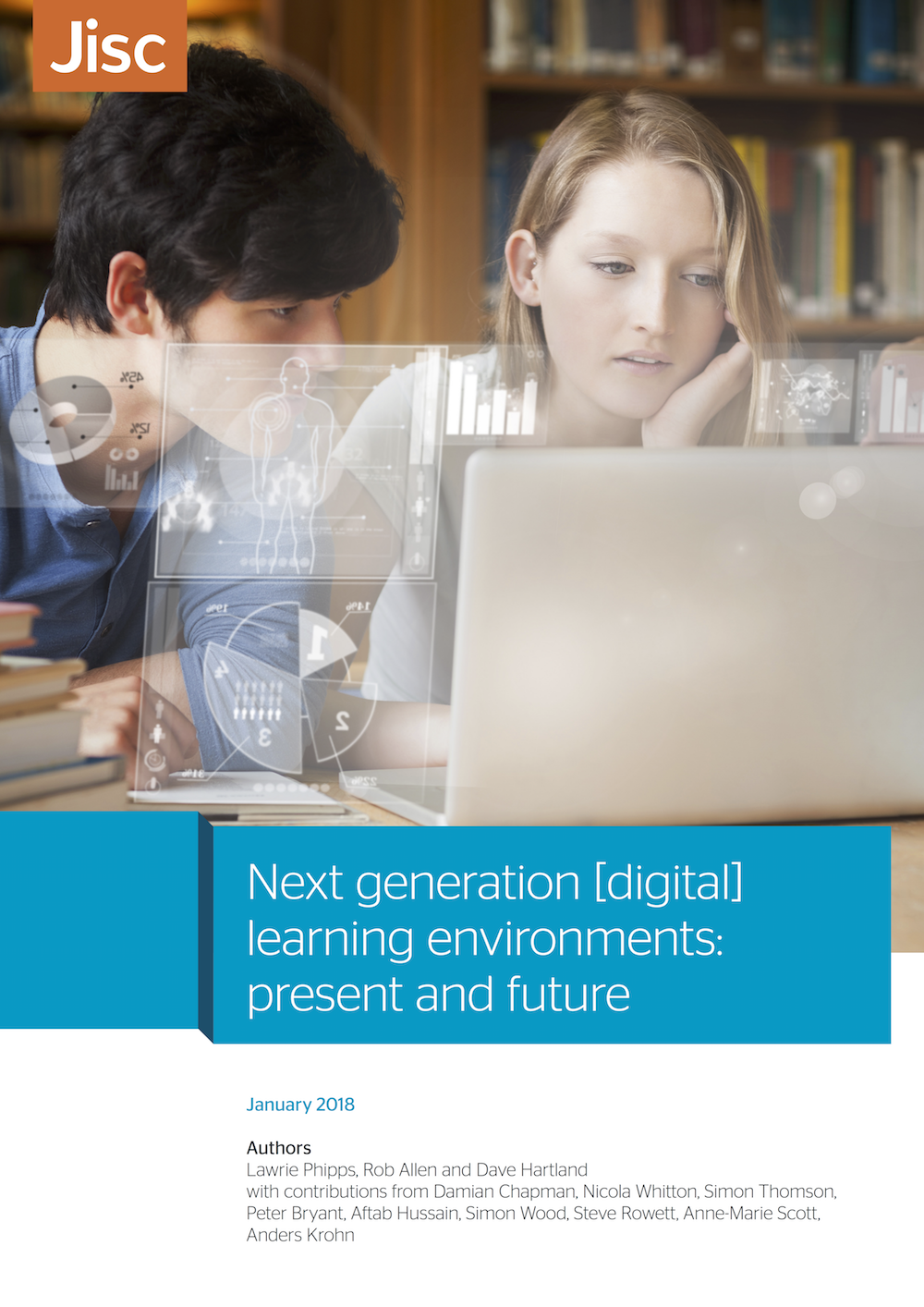 In the last academic year Jisc initiated a discussion on the next generation of Digital Learning Environments (I posted a response at the time). I have found the contributions to this discussion fascinating, and I was delighted to be invited to make a contribution to the report by Lawrie Phipps, Rob Allen and Dave Hartland, which was recently launched at Digifest 18.

The report also includes some very excellent thoughts from an estimable group of learning technologists and academics, alongside whom it is a privilege to be able to spout my ramblings. The report itself is organised around seven themes – one of which is, pleasingly, titled ‘From Institutional to Individual’ and discusses the shift in control this entails. Another theme is on ‘Self Starter and Individual Approaches’ (‘Embracing the Chaos’).

Anyway, go forth and read it for yourself!